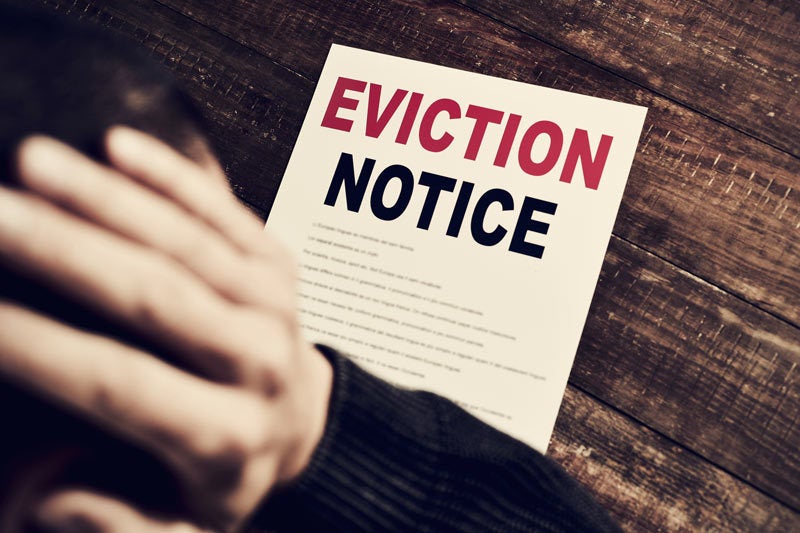 Statistics show that around 16 million Americans have now lost their jobs due to the knock-on effects of the COVID-19 pandemic.

Naturally, this economic reality will lead to many people being unable to pay their rent or mortgage.

If you live in Philadelphia and find yourself in this position, you will be glad to learn that the Pennsylvania Supreme Court has ruled that no foreclosure or eviction will be enforced in the state before the end of April.

Read on as we look at the effects that this pandemic will have on evictions and foreclosures going forward.

Are You Safe from Eviction or Foreclosure?

Until April 30, owners and renters should be safe from eviction or foreclosure.

However, for those that have lost jobs or are operating with limited income, difficulties in keeping up with rental or mortgage payments may persist for a long time after that.

It is not yet clear if the Pennsylvanian courts or legislative bodies will impose further restrictions on evictions or foreclosures. If they do not, there will likely be many instances of both in May and June.

The CARES (Coronavirus Aid, Relief, and Economic Security) Act was put in place by the federal government.

The Act sets out a number of measures, which aims to ease pressures on those affected by the lockdown.

Firstly, it sets aside a total of $2 trillion for various economic aid projects.

One of its main aims is to provide a steady flow of liquidity to businesses and individuals so that they can support themselves and continue to contribute to the circular flow of the economy.

The CARES Act also put a 120-day moratorium on evictions on properties that are involved in government programs or are backed by federal funding. A moratorium is a temporary delay, suspension, or prohibition of a given action.

What Is the Current Situation in Pennsylvania?

As mentioned, the Supreme Court of the state of Pennsylvania has ruled that no eviction will be enforced before April 30.

This ruling means that courts will not process eviction orders until then, and police will not act on existing orders. Landlords have also been ordered to close existing proceedings.

This order is an extension of a previous order, which ran until April 3.

Statistics show that around 10% of Pennsylvanians are now signed up for some form of income assistance. This increase suggests that these restrictions on evictions and foreclosures are indeed badly needed.

Provisions in the Other States

The protections offered by state governments concerning evictions and foreclosures vary considerably from state to state.

In Alaska, for example, no formal moratorium has been put in place. However, Governor Mike Dunleavy did release a plan, which provides that no Alaskan receiving rental assistance will face eviction.

A focus on those receiving rental assistance is common to many states. There is less direct protection afforded to those who are not in this situation.

The Rules for HUD Housing

The Department for Housing and Urban Development's housing program is the public housing system in place in the United States.

The program was established to provide housing for low-income families. As these families will be most at risk during the pandemic, there has been a particular concern as to what will happen with HUD housing.

Fortunately, tenants and homeowners under the HUD scheme have been afforded special protections.

President Trump has announced that all foreclosure and eviction proceedings in respect of HUD housing will be suspended until at least May 1.

2016 statistics show us that around 6.7 million people live in HUD housing nationwide. Many thousands of these are in Pennsylvania.

Will Further Measures in Relation to Evictions & Foreclosures Be Necessary?

There have already been many appeals made to federal and state bodies to provide comprehensive protection to home occupiers for the coming months.

Unfortunately, whether or not this will come about is unclear. A big part of the problem here is the uncertainty about the virus itself.

So far, China is the only country to record a positive recovery from the pandemic. Until other countries (particularly those in Europe) start to note improvements, it will be very difficult to forecast a likely end date to movement restrictions and consequent economic difficulties.

Is There a Difference Between Residential & Commercial Property?

When it comes to evictions and foreclosures, there are indeed several important differences between commercial and residential property.

These center around the stricter approach adopted by courts concerning commercial tenants. As business owners, commercial tenants are presumed to have a certain amount of knowledge and expertise when it comes to contracts, leases, and other such arrangements.

This reality means that commercial tenants are more likely to be evicted than residential ones, all other factors being equal. If you own or rent a commercial property, you should be especially careful at this time.

Getting the Protection You Need

Evictions and foreclosures should not be a cause for concern for Philadelphia citizens for the next few weeks. However, over the following months, it is difficult to say whether adequate protection for tenants will remain in place.

If you fear that you may be evicted from your property, it is a good idea to get a lawyer on your side. If you want to inquire about our services, contact us today.

Since founding the law firm, John has worked tirelessly to build his firm from the ground up, developing a reputation as a tough attorney and a willingness to fight for the needs of those he represents.